The Asus ZenFone Go 4.5 has been launched in India and is now up for sale exclusively via Flipkart. The phone is priced at Rs 5299 and comes with the standard set of specs for the entry-level market segment.

The dual-SIM Asus ZenFone Go 4.5 is a cheaper variant of its predecessor. The latter was released in September this year at Rs 7999. There are a number of significant differences between the two, with the only common specs being the 1.3GHz quad-core MediaTek MT6580 processor and the Android 5.1 Lollipop OS. 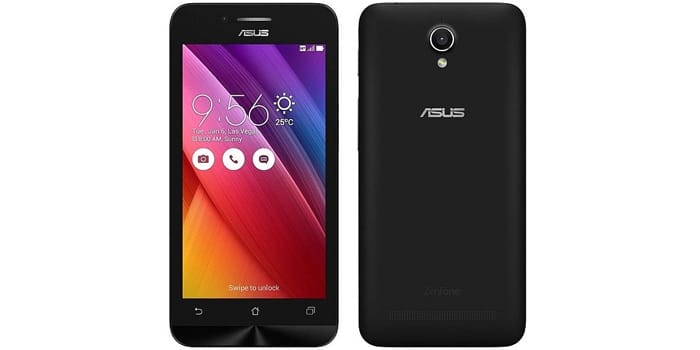 Diving into its specs, the ZenFone Go 4.5 sports a 4.5-inch FWVGA (854 x 480p) display. It derives its juice from a 1600mAh battery, which the Taiwanese brand promises lasts for 10.9 hours of 3G talk time and 355 hours of standby time. The handset gets by on 1GB of RAM and contains 8GB of internal memory.

Check out the main specifications of the Asus ZenFone Go 4.5 at a glance:

Users can expand on this up to 64GB via a microSD card slot. Coming to its picture-taking abilities, the Asus device comes with a 5MP autofocus camera accompanied by LED flash. There’s also a 0.3MP front-facing snapper for selfies and video calls. Connectivity options include Wi-Fi 802.11 b/g/n, Bluetooth 4.0, microUSB 2.0, and A-GPS.

Also Read: Google Asus Chromebit to arrive in India by January at Rs 7999

The Asus ZenFone Go 4.5 is only available in a black color. Like we mentioned above, it’s out now and can be purchased at Rs 5299 via Flipkart.