Announcement of the Asus Padfone Infinity price amounting to €999 has been made at the MWC, with the company once again using the tech show in Barcelona as the medium to launch the latest iteration of the slate-cum-smartphone. But unlike the preloaded Ice Cream Sandwich OS found in its oldest ancestor, the device will be running Jelly Bean.

Implementing a similar mechanism such as that of its previous version, the Padfone Infinity doubles as a 10.1-inch tablet once the handset has been docked into the station. However, the manufacturer has stretched the screen size of the smartphone up to 5 inches this time. Both capacitive multi-touch displays have been engineered to spurt out visuals in full HD resolution and employ Super IPS technology. 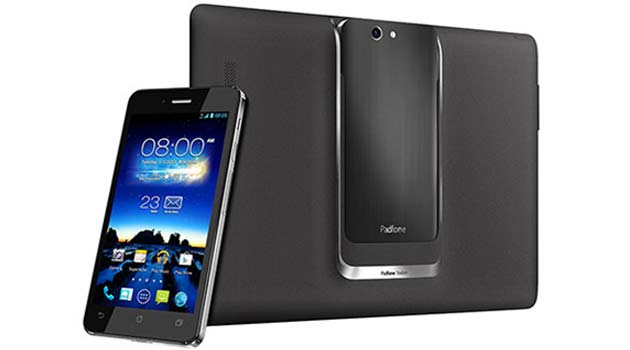 Internally, a quad core Qualcomm Snapdragon 600 processor has been clocked at 1.7GHz and will tag along Adreno 320 graphics. Backing the CPU in its operations under the hood will be 2GB of LPDDR2 RAM. 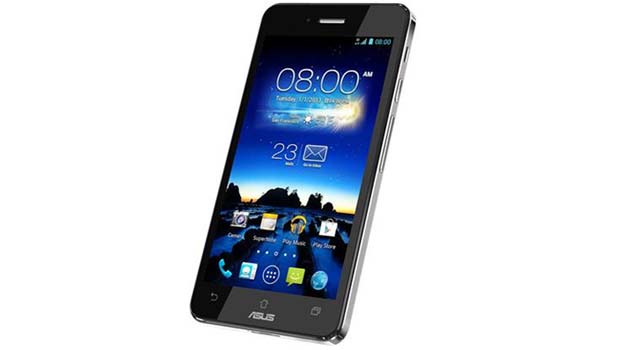 The slab may have only a front-facing camera (quality unspecified), but the smartphone accommodates a 13MP snapper featuring an f/2.0 five-element lens and an LED flash. The handset moreover allots space to a 2MP webcam with auto focus, on its front panel.

Also speaking in the convertible’s favor is its operation time, which supposedly sums up to 19 hours of talk time for the phone and roughly 40 hours of the same for the slab. The power of the former’s battery will be 2,400mAh, while that of the latter will be 5,000mAh. The OEM keenly states that the station will be capable of fully recharging the smartphone for up to three times. 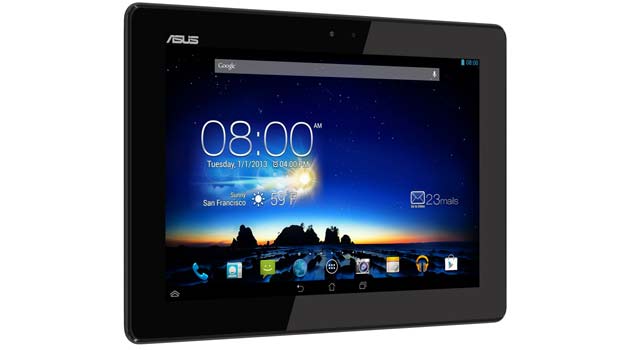 Those in Taiwan can expect the Asus Padfone Infinity to strike online and retail stores from April onwards. Other select countries will be witnessing the release towards the early weeks of this year’s second quarter, albeit the device will be made available at varying retail values.