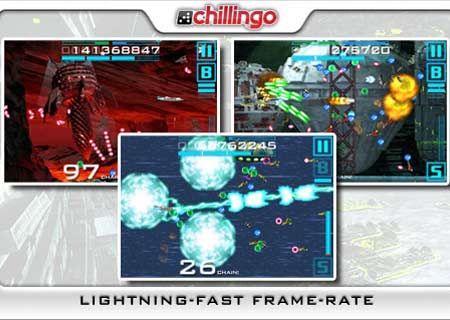 Assault Squadron aficionados have great news in store for them. Chillingo, the game’s publisher along with its developer, The Binary Mill have announced the latest update, Assault Squadron 1.2.3 and a Lite version that can be procured for free. With this upgrade, gamers can expect the fast-moving sci-fi shoot-‘em-up title to offer additional Relative Touch Controls and enhanced ship movement speed.

Further it will bring increased point bonus for players who complete a level without dying or getting hit. The company claims that this is ‘one of the highest rated shoot ’em ups on the App Store’. Thus, in order to augment its proffering even more the upgraded version has been introduced. With the Assault Squadron Lite, iPhone owners can step into the shoes of the best bullet hell shooters for free.

The Assault Squadron 1.2.3 and Lite are now retailing on the App Store. The upgrade can be procured for $0.99, while the Lite version is free.