Apple has updated its Retina display MacBook Pro laptop series with more RAM and faster processors, in keeping with rumors we’ve been hearing about the company pulling such a move. The improved hardware will be followed by the fall 2014 launch of the 11th major release of OS X dubbed Yosemite.

No cosmetic changes have been made to the 13-inch and 15-inch models, but you can expect them to be more powerful because of the upgraded internal components we’ve mentioned above. What’s more, the older 13-inch non-Retina laptop, the Apple MacBook Pro with an optical drive, is currently available for a reduced rate of $1099, its original specifications being left intact. 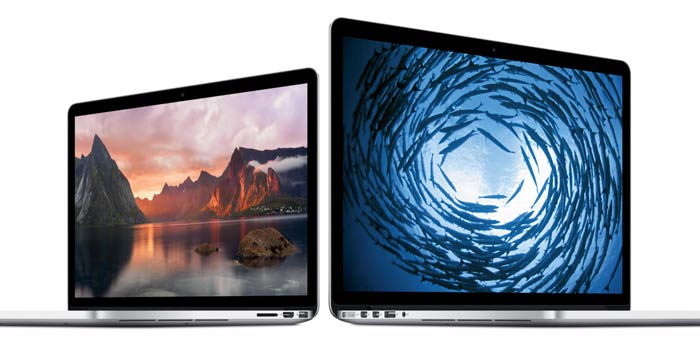 The 13-inch Macbook Pro gets a makeover in the RAM department, now featuring 8GB RAM instead of merely 4GB. The 512GB capacity version which houses a dual core 2.8GHz Intel i7 chip, costs $1799. You’ll have to cough up $1299 for a 128GB Retina MacBook Pro or $1499 for a 256GB option, with both being powered by dual core Intel i5 processors clocked at 2.6GHz.

The updated 13-inch and 15-inch Apple Retina MacBook Pro notebooks have started shipping out to customers already. For more money, you can also choose to order these laptops with even faster processors and up to 1TB storage.