New photos of the panels of the iPhone 6S reveal the possibility of its display having Force Touch technology which is currently being used by Apple is its smartwatch and 12-inch MacBook. The haptic feedback technique enables multiple functions to be triggered, depending on the pressure applied to the touchscreen.

Various rumors have been talking about the iPhone 6S arriving with Force Touch; but there has been little evidence to back it. If you can call it proof, then the riveting on all four sides of the display backing appears to betray this feature. As AppleInsider points out, it’s a big change from the previous interior design which was held together by clips and screws. 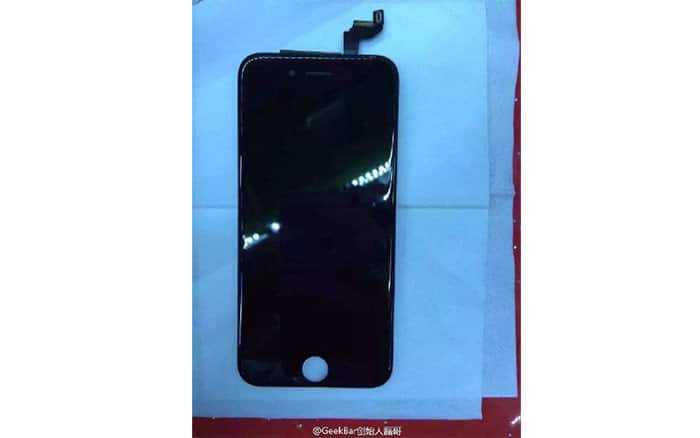 It’s being guessed that the black dots appearing in the second picture could have something to do with Force Touch. Apple calls the technology the most significant new sensing capability since multi-touch, and was speculated to be keen on using it in the upcoming iPhone. The images you see in this post were published by Chinese repair firm GeekBar, on its Weibo social networking account.

A while ago, there were reports about Apple planning to make the iPhone 6S a ‘selfie’ handset with a front-facing flash for its FaceTime camera. There’s no evidence to back this story except for an old leak about software support for full HD recording, panoramic images and slow motion videos. As you can see, the front panel doesn’t have any sort of cutout capable of housing a flash unit. 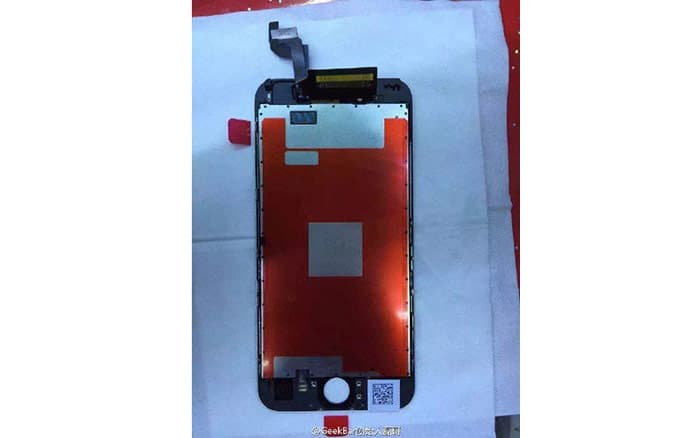 The forthcoming device may not vary much in the looks department as compared to the presently available iPhone 6. It flaunts similarly rounded edges and shows no hint of alterations in the positioning of the speaker or camera. We’ll know more in fall when Apple launches the iPhone 6S.