Apple is all set to give us the first real fruits of its high-profile acquisition of Beats which took place earlier this year, by making the music subscription app a default one on its iPhone and iPad devices. According to a report, this change will happen early in 2015 and will definitely help the service better compete with Spotify and other similar iOS apps.

The subscription based Beats Music can be downloaded as a free app through the Apple App Store at the moment. Soon, all devices will be blessed with an update that will make it a default app on iOS. Moreover, it has also been revealed that upcoming devices will come preinstalled with it. 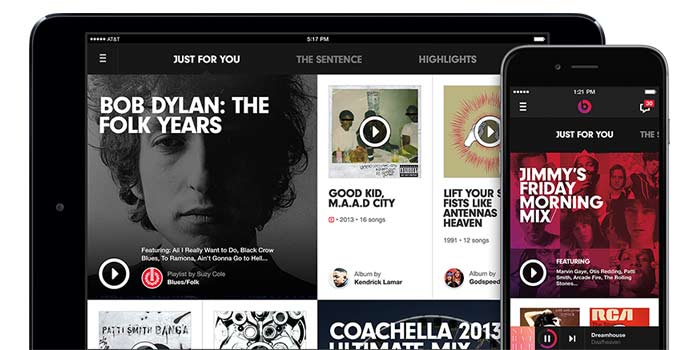 According to CNET, word about these plans comes from Financial Times which has also said that a rebranding could very well take place, changing the name of Beats Music to something else. Even Apple‘s hardware is expected to see big changes in the future as the company has found itself in the possession of Beats’ Electronics division as well.

This complete purchase which cost the company a whopping $3 billion marked a big change in policy from its leaders. Its previous head honcho, Steve Jobs was completely against subscription based music because he believed that people like to own their music.

He has certainly been proved wrong, since such services have boomed immensely over the past few years. High-profile examples include Spotify, Rhapsody and of course, Google Play Music which too comes preinstalled with all Android devices.

Apple has declined to comment on any of its plans regarding Beats Music, so we’ll now have to wait and watch when the company decides to make them official.