Anil and Mukesh Ambani have buried the hatchet and plan to roll out 4G services through a joint cooperation between Reliance Communications and Reliance Jio. The LTE network will hit 10 markets across India come December.

According to people close to the matter, the two Ambani brothers have approached the DoT to inform it of their plan to share airwaves. The move comes on the heels of the authority announcing spectrum sharing and trading rules between two telecom operators. Under the new partnership, the 4G network will be launched using the 800 – 850MHz CDMA band. 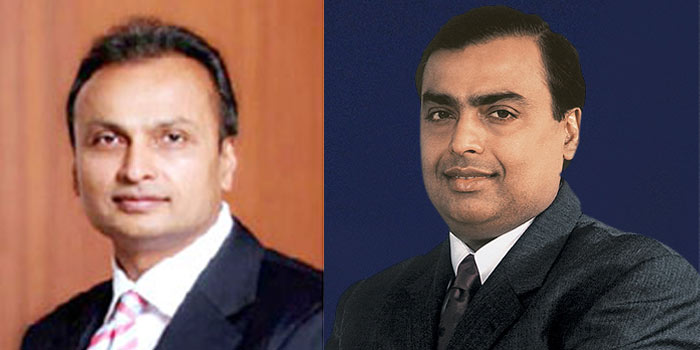 The rollout will take place in Bihar, Madhya Pradesh, Mumbai, Haryana, Jammu and Kashmir, UP-East, Odisha, Assam, Himachal Pradesh, and the Northeast. The regions contribute to almost 35% of the companies’ total revenue. The Economic Times reports that the operators plan to extend the cooperation to 22 circles in the future.

Insiders claim Reliance Communications’ partnership with Reliance Jio involves sharing operating and data centers, the maintenance of infrastructure, retail stores, mobile towers and optic fiber. Anil Ambani reportedly told attendees at an annual meeting that the overall cooperation between the two brands would result in the virtual consolidation of the telecom sector.

Reliance Jio initially planned to start 4G services in 200 cities, but has supposedly scaled down its target to 50 cities. Sources assert that RCom is currently in the process of merging with Sistema Shyam Teleservices and could close the deal within a couple of months. The operator needs the 800MHz band which Sistema owns, as it is considered to be optimum for providing LTE.

Experts speculate the entire Ambani deal could take a long time to operate smoothly. According to them, factors such as the liberalization of Reliance Communications’ airwaves and the merger will take more than 2 years to complete.