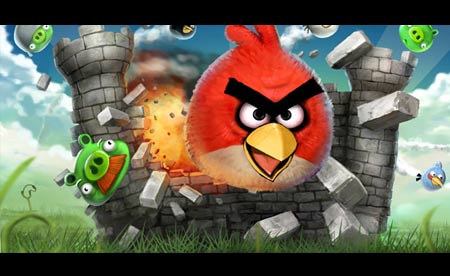 Previously, Angry Birds attained the 1 million downloads mark on the very first day of its stay in the Android Market. However, it seems as if certain users operating on an older version of Android have faced difficulty in accessing the game. To that effect, the official Rovio blog has conveyed its apologies and has stated that they might bring out a lightweight version of the game.

Hence, the company wants to ensure that players can access it even on Android handsets with less processing power. Just because it’s a light version doesn’t mean that the title will fashion lesser levels or lighter gameplay. The company even elucidates that the reason why they haven’t introduced such a version yet is because they did not intend to introduce multiple versions of Angry Birds.

Currently Angry Birds is not supported by handsets running on Android version below 1.6 or custom ROMs. Some of these include Droid Eris, HTC Wildfire, Motorola Backflip/MB300, Samsung Acclaim and LG Ally/Aloha/VS740, among several others. Users who wish to check the complete list of devices that do not support the game can head over to the blog.