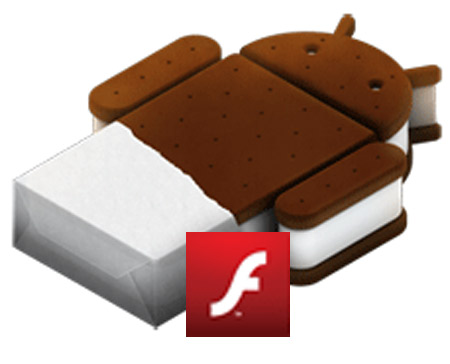 Android fans who were sighing after the realization of no Flash support for the Ice Cream Sandwich OS hit may see some relief by the end of this year. It was recently announced that Google’s latest mobile OS, Android 4.0, might receive an update for Flash before we step into the New Year.

Another report which might seem disappointing is that we may not witness any future versions of Android beyond ICS being graced with the presence of Flash. Tech enthusiasts keenly looking forward towards the development of Android 5.0, or what is being dubbed as Jelly Bean currently, might see it shipping sans Flash, again with no hopes for any updated support.

While talking to Pocket-lint, a company spokesperson confirmed, “Adobe will release one more version of the Flash Player for mobile browsing, which will provide support for Android 4.0, and one more release of the Flash Linux Porting Kit – both expected to be released before the end of this year. After that time, Adobe will continue to provide critical bug fixes and security updates.”

Earlier, it was also announced by Adobe that it will soon cease the development of mobile Flash. It seems like Flash for ICS is its final big release before it goes away forever. However, the company has conveyed that it will continue to provide support for its existing ventures, in the form of bug repairs and security updates.

Meanwhile, the last mobile Flash release for the Ice Cream Sandwich OS is expected to be seen rolling out in a few weeks.