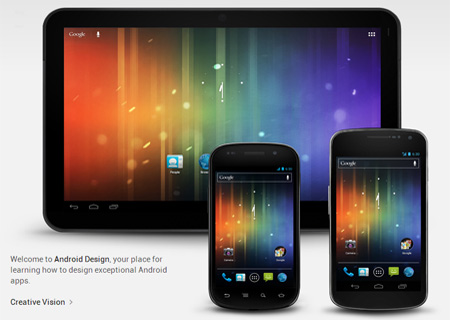 The folks behind the development of the Android 4.0 Ice Cream Sandwich OS have now established a style guide dubbed as Android Design. The online website basically shows Android developers how to go about the process of making apps as per the set procedures.

Android Design has been developed to establish a neat and uniform user interface across all applications and tools that will feature in Android 4.0. The UI framework has undergone changes for the better with the incorporation of new interactions and styles that will make the apps appear simple and classy besides being easy to use.

Visitors of the new guideline website will be able to see detailed sets of rules and regulations that are to be followed while creating Android apps. These include components such as style, pattern, color, writing style, themes, typography, app structure, navigation, gird lists, tabs, buttons and many more. 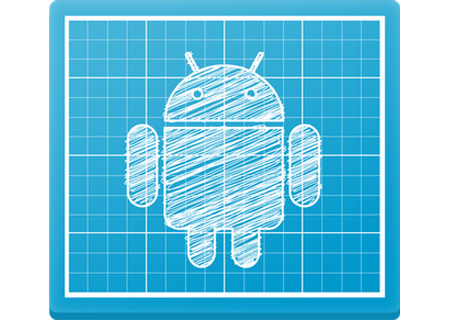 Android Design illustrates various changes in the Ice Cream Sandwich OS like the introduction of a new font called Roboto which has been designed especially for high-resolution displays. Alterations are also seen taking place in various other aspects of the phone as well. This includes tweaks in the framework level action bars and incorporation of support for new handsets without physical buttons.

The three main guidelines that Android 4.0 app developers need to follow according to Android Design are that the applications should appeal in appearance, be simple and easy to use and possess something different for them to stand out among the sea of software.