November 3 was supposed to be the day on which Google was scheduled to rollout Android 5.0 Lollipop. But that didn’t happen and the reason behind the delay has now been discovered and attributed to a Wi-Fi bug which was causing severe battery drain on the Nexus 5 smartphone.

Android Police notes that a Google+ user by the name of Artem disclosed the info of Google planning to commence the rollout at a rescheduled date of November 12. The website also goes on to say that the issue was due to a Wi-Fi bug which was first spotted in the developer preview release. 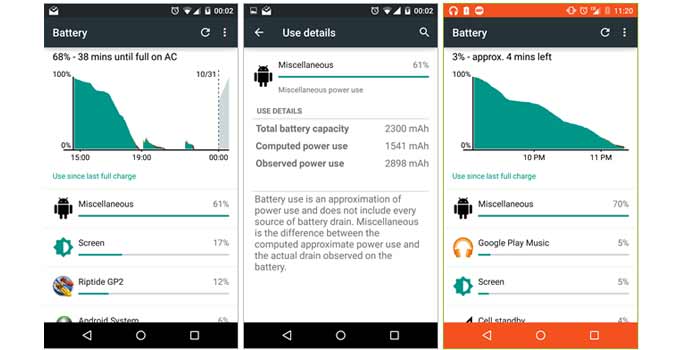 The error in code forces the smartphone to frequently wake up from sleep when Wi-Fi is enabled and this causes the battery to drain rapidly. In the Battery stats menu under Settings, ‘Miscellaneous’ can be seen amounting to as much as 70% of total power usage. As per its description, this task is ‘the difference between the computed approximate power use and the actual drain observed.’

The search giant disclosed that it was already aware of the problem and has also fixed it, or so suggests the Google Issue tracker website. If so, we could see the company start seeding Android 5.0 Lollipop to its Nexus devices in the next few days, unless there are still things needed to be fixed.

In that case, we’re better off waiting till November 12, because nobody wants a half-cooked update filled with bugs. While the Nexus devices are first in line, the Google Play Edition phones and tablets should also receive the new firmware soon along with the Android One series.