The Samsung Galaxy Note 3 Neo is finally receiving Android 4.4.2 KitKat in India, bringing the device to the same OS version as its larger siblings. The new firmware is being delivered over the air and we’re pretty sure that it’ll be available through the Kies PC software as well.

The news of the Samsung Galaxy Note 3 Neo getting Android 4.4.2 KitKat broke on XDA Developers. While the South Korean conglomerate hasn’t officially disclosed its availability or provided a changelog, a few XDA members have posted screenshots of the update. 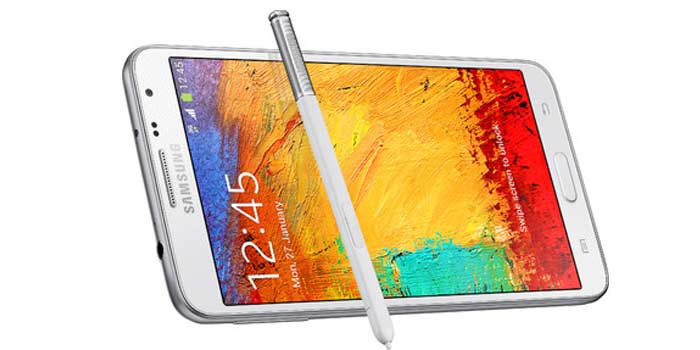 You’ll basically have to download around 495.61MB to get your smartphone updated to KitKat. Apart from the usual fixes and enhancements the OS tags along, there are changes from Samsung’s side as well, which are mostly cosmetic. Users will be treated to an enhanced UI and a new launcher settings menu. The overall stability of the interface has also been improved.

Coming to the lockscreen, you’ll now be able to launch the default camera app through the dedicated shortcut on the bottom right corner. Also, Album art will be displayed here during music playback. The Note 3 Neo was recently given a price cut in India, making it available for Rs 29570 through Samsung’s eStore or Rs 27249 via online retailer Flipkart. 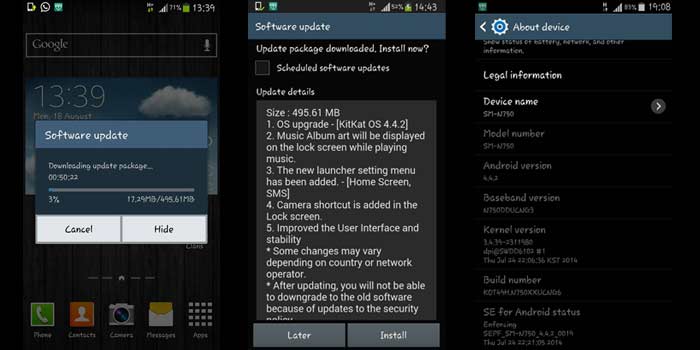 If you haven’t received the Android 4.4.2 KitKat upgrade as yet on your Samsung Galaxy Note 3 Neo, you could manually search for it via the Software Update option in the About phone menu under settings.