Home General Americans using their Mobile Phones and PDAs for Web More Than Ever... 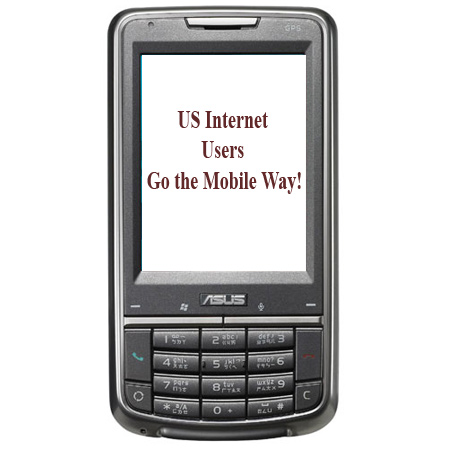 Everyone wants to have the world in their pocket. And with the high-end mobile phones and PDAs, this truly is what is happening!

It seems more and more American workers are getting increasingly comfortable surfing the web and checking their mails through their mobile phones and PDAs.

As per a study conducted by ComScore, there is a drastic rise of 154 percent in the fourth quarter of 2007 as that compared to the same period in 2006, in terms of individuals using mobile devices for accessing the internet via wireless broadband.

In addition, the study also noted that mobile broadband had a higher presence on work computers as much as 59 percent compared to home or personal computers at only 41 percent.

Verizon and Sprint accounted for the majority of the mobile broadband market last year, according to ComScore. All the same competitor AT&T has announced plans to increase its coverage in that market.

Serge Matta, senior vice president of ComScore said, “Though mobile broadband access is currently used by about 1 percent of the total U.S. Internet population it is poised for significant growth over the next few years.” Adding, “As consumers increasingly demand and depend on portable Internet access, the demand for mobile broadband should continue to increase.”

ComScore’s study defined mobile broadband as connections based on cellular networks using a PC card, integrated adapter, or connections tethered via a mobile phone or PDA, instead of Wi-Fi hot spots.