Amazon is taking advantage of the craze for e-book readers by making Kindle available on mobile phones. The company is also set to launch a second generation of Kindle later this month. 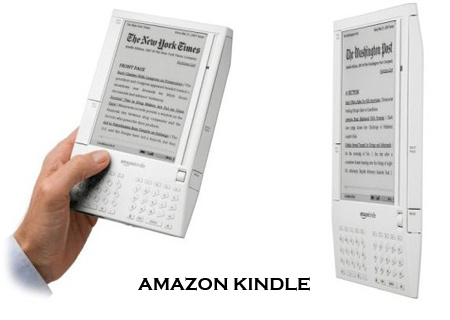 With regard to the introduction of Kindle on the mobile platform, Drew Herdener, a spokesman for Amazon, has commented, “We are excited to make Kindle books available on a range of mobile phones. We are working on that now.”

Kindle works by making use of an electronic paper display and downloads content from Amazon Whispernet, which is free of any fee. At present, Kindle offers around 230,000 titles. Kindle has the edge over its competitors by including many newly released books as well as current bestsellers in its library.

Kindle is very popular with users because it offers a large screen which is similar in size to a paperbook and has a long battery life. It also incorporates a special technology which allows the user to read in most light conditions.

Because of this, experts feel that smartphones cannot replace the likes of Kindle and Sony eReader, in spite of Apple expanding its e-book service. Even Nintendo has introduced a list of novels for its DS handheld console. Amazon has not stated as yet when Kindle titles will be accessible on mobile devices.