Airtel’s rolled out a brand new version of its Airtel TV app and has announced a special surprise for its customers in the process. All its TV channels and movies will be accessible for free to all its subscribers until June 2018.

Both prepaid and postpaid consumers are eligible for the free subscription. It’s a welcome gift and will likely help boost viewing numbers for Airtel TV. The application’s refreshed catalogue now includes over 300 live TV channels covering films and news, 6000 Bollywood and Hollywood films, and assorted Indian and international TV shows.

Airtel’s tied up with a number of content providers like Eros Now, HOOQ, and Sony Liv to offer its content as well. These are also included in the free package up until June 2018. The company hasn’t stated just how much subscriptions will cost post that deadline. 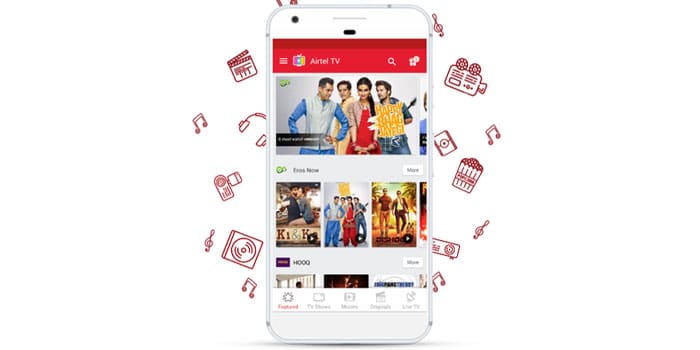 The overall scheme is similar to Reliance Jio’s. The rival telecom operator gives away free access to its apps with most of its plans. This could be Airtel’s attempt to retain customers eager to hop on board its competitors train based on the number of freebies given away on a regular basis.

Other than free access to a wide range of content, the Airtel TV app also features a number of UI refreshes. Anyone using the app can seek out content via smart search filters covering languages, genres, ratings, and even the above mentioned content partners.

You can download Airtel TV via the App Store and Play Store.