Bharti Airtel may have launched its Wynk Music app only last week, but its Google Play Store version managed to cross the 1 lakh downloads mark within 4 days of it hitting availability here. If you ask us about similar rivals in India, then there’s the Gaana and Saavn streaming applications too.

Google Music India was pulled in 2013 citing the redundancy of the service since other options were present for users to choose from. Though Wynk may be a Bharti Airtel offering, it’s an over-the-top (OTT) tool which lets users of any other mobile network to download and install the app. 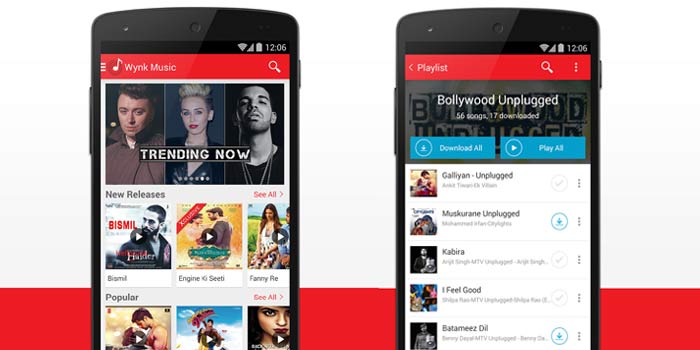 This move has worked out well in the service provider’s favor seeing as about 50% of downloads was calculated to originate from non-Airtel customers. The company is also striving to find other means to get people to consume more data, a move it should have made much earlier rather than wasting time sobbing on the TRAI’s shoulders.

Wynk covers the music bit for now and the company is even considering more application categories in which it can invest. These include video, social networks, gaming, e-commerce and travel. If Airtel manages to push out well developed apps, it should recover some of the losses it makes due to folks abandoning regular SMS and voice calls. 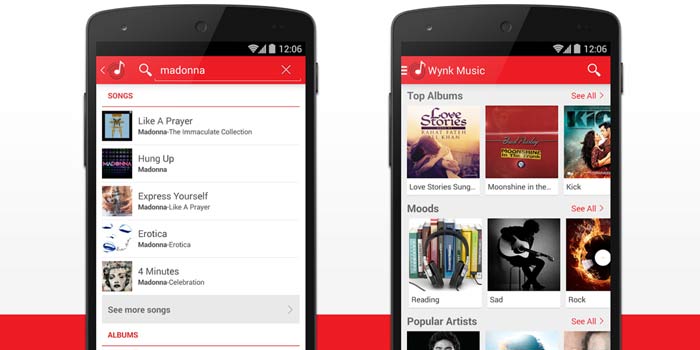 Airtel has packaged Wynk application as a complete bundle for music streaming, downloading and offline listening. It’s being backed by a library of more than 1.7 million tracks. You can go here for more details on how it works.