Network operator Aircel has rolled out what it declares to be an unlimited STD plan which offers voice calls at 10 paise per minute. Labeled ‘Uniting India @10p’ the special deal serves to provide STD calls at 10 paise a minute combined with a limitless music pack at no extra charge.

Existing Aircel subscribers as well as new ones can pick a recharge pack and go. The unlimited music proposition bundled along with the STD minutes which we’ve mentioned above, will remain free for almost up to a month, or 30 days. The company has taken care to specify that the plan applies to on-net calls only. 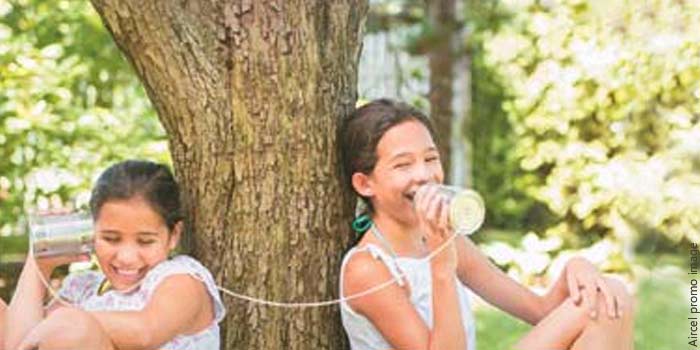 This means you can only expect the benefits of the 10 paise per minute STD plan to work for calls made to other Aircel numbers across the country. The standard fees will be charged in case users dial up friends or family depending on other telecom companies. But it’s not a bad offer for those who have a circle of contacts on the same network.

Chief Marketing Officer, Anupam Vasudev, says that the idea is to deliver extra value to customers by launching ‘yet another industry first product’. By this, he seems to be referring to Aircel Pocket Internet which was aimed at getting 3G to the masses. The company was also seen announcing Facebook Voice Updates in the past.

It has 3G licenses in 13 circles and BWA spectrum in 8 circles across India. Most recently, it unveiled local calls and roaming at 10 paise per minute. The latest plan for unlimited STD minutes seems quite affordable considering that existing Aircel users can choose from packages carrying prices of Rs 63, Rs 47 or Rs 36, and being valid for 28 days.

Those who’re new to Aircel will be able to avail of unlimited, on-net STD calls at 10 paise per minute by shelling out between Rs 71 to Rs 149 for a 30-day plan.