Aircel has added two additional circles consisting of Tamil Nadu and Jammu & Kashmir to the areas in which it provides 4G LTE services, thus improving its standing in the competition against other big Indian telecom carriers. This makes it the only telecom operator to offer 2G, 3G as well as 4G LTE technologies in these areas.

It was back in July that the company actually began its push into the 4G territory by launching its services in Andhra Pradesh, Assam, Bihar and Odisha. And around a month following this development comes the new introduction in Tamil Nadu and Jammu and Kashmir. Aircel has now equipped most of its major allotted circles with 4G LTE connectivity. 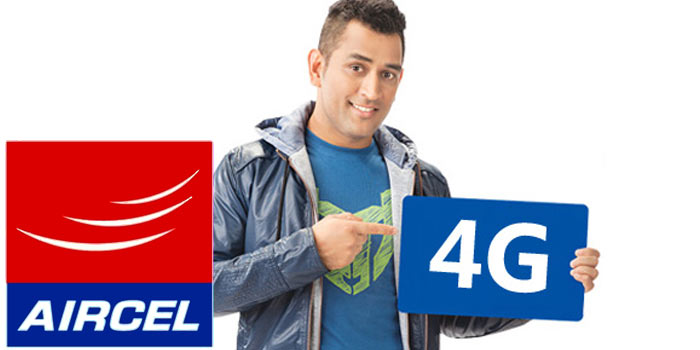 Stressing on the reliability of the company’s services, Anupam Vasudev, the chief marketing officer at Aircel mentioned that this roll-out into the new territories will enable customers to transform their workplaces and homes into ‘smarter’ entities.

It has been revealed that enterprise subscribers of the telecom operator will be able to experience a 4G LTE high-speed network which will facilitate dedicated internet and secure VPN (Virtual Private Network) services. On the other hand, home users will receive the right speed needed for several infotainment services on high-speed broadband.

Aircel is in close completion with Airtel who is fast rolling out 4G LTE networks in its own circles. While there are other important players in the fray as well, the large-scale preparations by Mukesh Ambani’s Reliance Jio which is to enter the market in the months to come cannot be ignored.