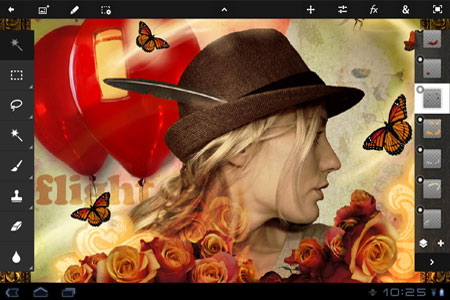 For those who like to unleash their creativity through touchscreen devices, the newly released collection of Adobe Touch apps that recently made their debut on the Android platform should prove useful. The latest family of Adobe apps comprises six creativity enhancing apps namely, Photoshop Touch, Collage, Debut, Ideas, Kuler and Proto.

Users can operate these apps either with their fingers or a stylus. The basic function of the Adobe Photoshop Touch app, which works exclusively on tablets, is image editing. A few taps can enable editors to easily combine various pictures into layered images, make edits, apply professional effects and finally share their creations via Facebook and Google search with others. 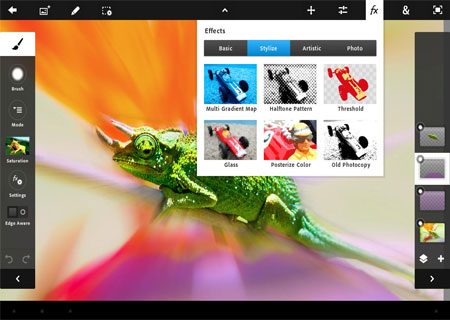 The Adobe Collage app helps creative Android device owners put together inspirational images, drawings, text and Creative Suite files into conceptual moodboards with modern elements. It provides functionalities like importing of images, four customizable pen types for drawing and application of color themes. For business usage, Adobe Debut seems to be apt as it lets users show-off their creations to clients and stakeholders anywhere and anytime, with Photoshop layers and Illustrator art boards.

The vector-based drawing software, Adobe Ideas app aids those interested in virtual sketching, while the Adobe Kuler application helps them explore various color themes. Designers can export these themes in the form of color swatches for Adobe Creative Suite projects. The sixth app in the Adobe Touch apps family is the Adobe Proto by which interactive wireframes and prototypes for websites and mobile apps can be built on a tablet.

The Adobe Touch apps are now available for a price of $9.99 each at the Android Market.