An 8-inch version of the Lenovo Yoga Tab 3 4G LTE version and Tab 2 A7-20 have been unveiled in India and are priced at Rs 16999 and Rs 5499, respectively. The first will be out by the end of the month, while the second is available for cheaper through Snapdeal at Rs 5001.

The Lenovo Yoga Tab 3 (8-inch) 4G LTE version also comes in three other variants. One is a Wi-Fi only tablet, and the others are a 10-inch LTE and Wi-Fi only model. The device was first announced at IFA back in September. A unique aspect of the gadget is its AnyPen technology, which enables users to utilize any random object as a stylus, including things like a fork or pencil. 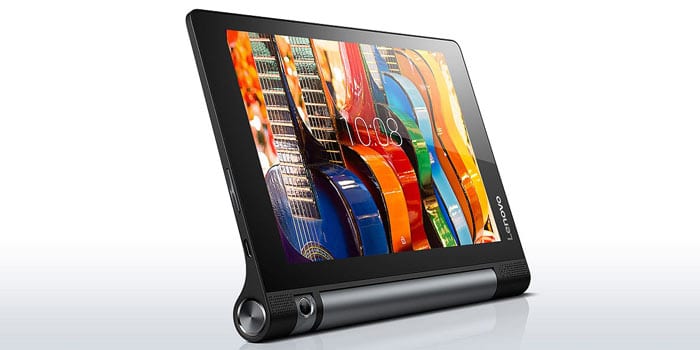 Other highlights of the Lenovo device include its kickstand, which allow it to be placed in 4 different positions, and its 8MP 180-degree rotating camera with autofocus. Moving on to hardware specs, the device flaunts an 8-inch IPS display featuring a resolution of 1280 x 800 pixels. It runs on Android 5.1 Lollipop and a 1.3GHz quad-core Snapdragon 210 processor.

The Yoga Tab 3 packs a 6200mAh battery, which is supposed to deliver 20 hours of continuous usage and 95 days of standby time. It contains 1GB of RAM and 16GB of internal space. Users can add up to 128GB of extra storage through a microSD card slot. The brand has blessed the gadget with two front-facing speakers equipped with Dolby Atmos.

Taking a closer look at the Tab 2 A7-20, the affordable tablet is aimed at capturing the first-time tablet user market. It comes with Android KitKat 4.4, upgradable to Lollipop 5.0, and a 7-inch IPS 1024 x 600p screen. The device houses 8GB of ROM, expandable up to 32GB, and is backed by a 3450mAh battery. The latter is meant to last for 18 days of standby time and 8 hours of usage.

Lenovo has granted the gadget a quad-core 1.3GHz MediaTek MT8127 SoC, coupled with 1GB of RAM. Coming to its camera capabilities, the tablet carries a 2MP fixed-focus rear camera, paired with a 0.3MP front-facing one. While it doesn’t have SIM card support, its other connectivity options include Wi-Fi 802.11 b/g/n, Bluetooth 4.0 and GPS.