Following the footsteps of the 16GB model, the 64GB version of the Xiaomi Mi 4 will also be made available through an open sale which takes place on Flipkart today. What’s more, this isn’t going to be a one-day event as the handset will most likely stick to the new strategy where the need for registering doesn’t arise.

Also, you can freely purchase the 64GB Xiaomi Mi 4 at anytime you desire. An open sale means that the company has enough units to offer without worrying about stocks running out. However, this doesn’t mean that the device will be constantly available. For example, the Mi Pad went on sale sans registrations and also got sold out in a matter of hours. 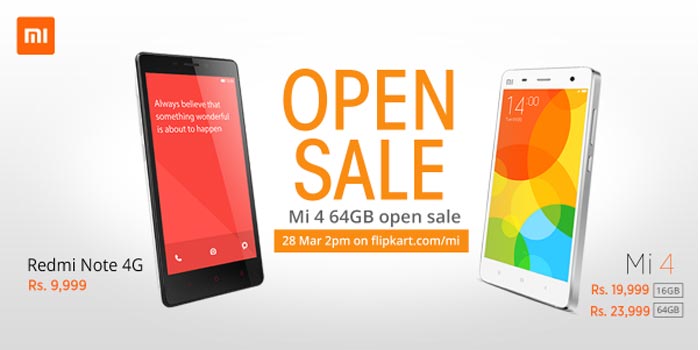 Xiaomi previously announced a flash sale for March 31, but it has prematurely closed registrations. And of course, we highly doubt that it will conduct the same on Tuesday either. Also, the 64GB phone will continue to retail with the same Rs 23999 price tag.

With the Mi 4 also adopting an open sale strategy, the Redmi 2 smartphone is the only one which will continue depending on flash sales. And considering that the phone is new in the market, it could take a few weeks before the same approach is used for it also. Apart from this, the company is slowly transitioning to offline sales too. 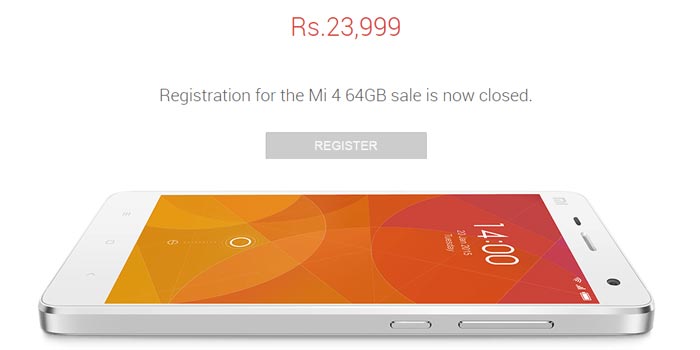 The open sale for the Xiaomi Mi 4 64GB model will commence on Flipkart from 2pm today.