The 4th gen iPad price in India has officially been announced by the America-based company, as we suggested in a previously published report. It is even available for purchase through authorized retailers and online. Since its debut back in October, the multinational corporation has been trying to induce the device into an array of locations.

Not unknown to many, the slate has been made available in Wi-Fi only as well as Wi-Fi + Cellular models through various e-retailers, one of which is Flipkart. Except for their weight, the specifications of both the variants are believed to be the same. 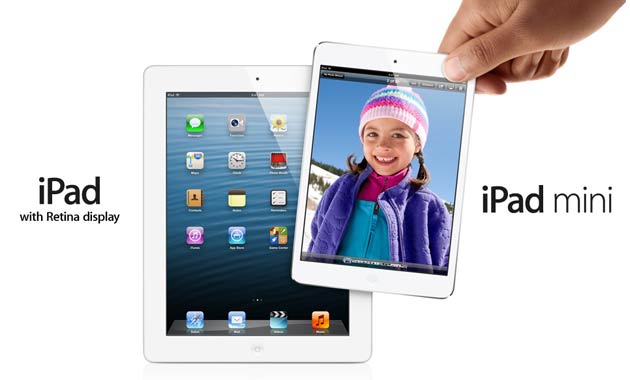 Speaking of which, the 4th gen iPad exhibits a 9.7-inch LED backlit Retina display that is encased under a fingerprint-resistant oleophobic coating. A 1.2MP FaceTime HD camera finds it way right above the screen and allows video chat. On the flip side, there is a 5MP iSight snapper bundled with features like auto focus, face-detection and a five element lens amongst many others.

Users are given an option to choose between three storage configurations. Depending on their preferences they can either opt for the 16GB, 32GB or 64GB models. The company claims that the Li-polymer battery fitted within both the gadgets, allows surfing time of up to 10 hours, while Wi-Fi + Cellular users are capable of browsing the web using a mobile data network for up to 9 hours on a single charge. 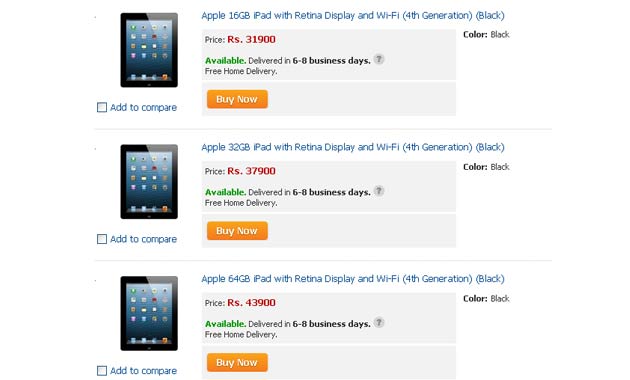 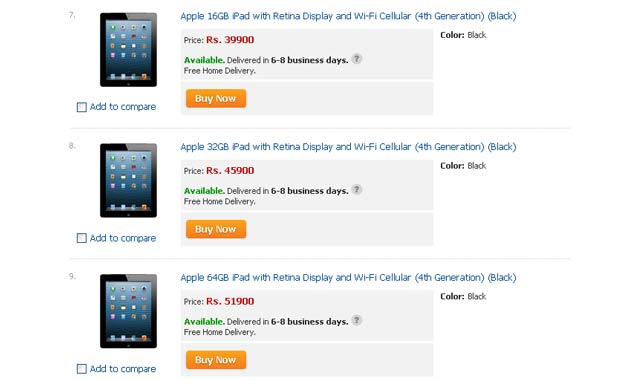 Let’s take a quick peek at the tablets’ key specifications: