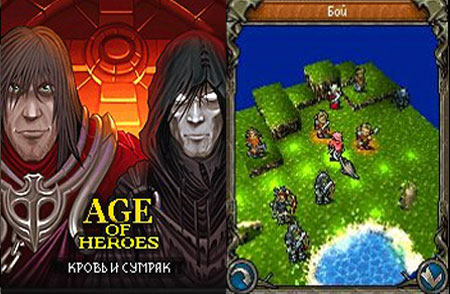 Qplaze added another dimension to the ‘Age Of Heroes’ mobile game. Now users can have a ‘PC’ experience in their mobiles with the game going 3D.

With the new feature you can look around the area surrounding Hero and search for hidden objects, by rotating the camera.

3D maps, interesting quests – but both are now in a bigger and longer form. And this long journey can be enjoyed by a brilliant 3D display of magical spells, explosions, thunder; all the bang-bang and boom-boom.

There is more – 3D night and day effects on the map bring out the time specific behavior of creatures, 3D weather effects, realistic vision zone for the Hero. There will be specifically altitude maps added to the battle as the game progresses making the obstacles like trees, water, rocks look realistic. All the scheming, battle, quests and adventure are in 3D style.

The game can run on phones supporting Java 3D and phones that don’t support the 3D version, there is the 2D one in store for you.