Boasting of 30 million Indian users and counting, WhatsApp has joined hands with Tata Docomo over a special package which will let customers access the messenger application at just Rs 1 per day. That’s right, subscribers will be able to sign up for a Rs 15 for 15 days deal offering unlimited access to the application.

In November of last year, the company had inked a similar agreement with Reliance in order to reel in more users. Needless to say, it was a better deal which baited GSM customers with unlimited WhatsApp usage at Rs 16 a month. If you’re constantly on WhatsApp and don’t employ your smartphone data for any other online activity, then both are undoubtedly good schemes. 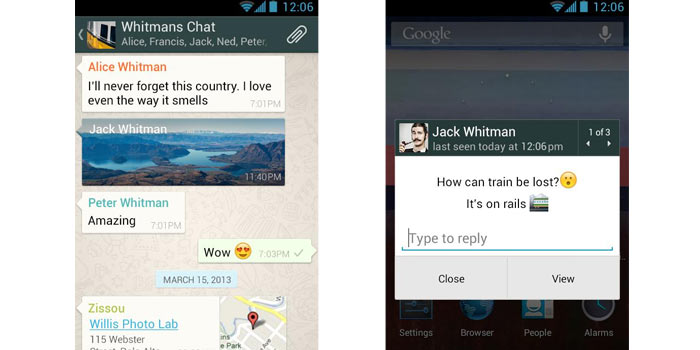 Tata Docomo has chosen to advertise its new alliance with WhatsApp over a slightly funny commercial oddly titled ‘Share your worst fears. Open up.’ The telecom company has had an Open up campaign running for some time. In our opinion, it just makes us uncomfortable and certainly not inclined to open up. PR misfire.

Running almost along the same lines as the new scheme, Tata Docomo has certain pay per site bundles on display. There’s a Combo pack which delivers access to all your email accounts at Rs 25 per month as well as a separate portal to several social networks at the same rate. Packs for tackling mail accounts and social networking services individually are also available.