The Lenovo A6000 smartphone has apparently tasted success with the flash sale strategy in India, with entire stocks flying off the shelf in a matter of seconds. Today, another sale will be held on Flipkart which is the exclusive seller of the handset and the company has revealed that a total of 25000 units will be up for grabs.

The Lenovo A6000 made its debut in India back in January and was initially available in quantities of just 10000 and as the weeks went by, the company slowly started adding more units to meet the demand. The previous flash sale which took place just a week back saw 20000 phones disappear in a matter of 4 seconds. And next week, we’re likely to see an inventory larger than 25000 be made available. 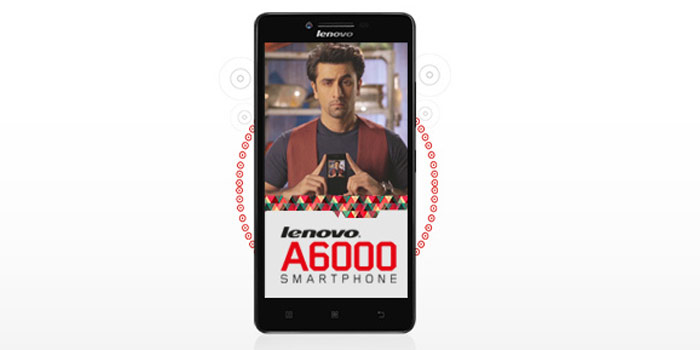 Lenovo isn’t the only company to use the flash sale approach in India. The strategy was initially popularized by Xiaomi last year and Micromax also implemented the same tactic to offer its Yu Yureka smartphone. The handset in question is quite the attractive pick as it’s the cheapest 4G LTE option on the market.

It falls in the mid-range segment and runs Android 4.4 KitKat out of the box. Additionally, a 64-bit Qualcomm Snapdragon 410 processor delivers the steam which means that an update to Lollipop should be in the works. Apart from these features, the A6000 also has dual SIM card slots, a 5-inch HD display and an 8MP rear camera.

Registrations for the sale are closed and the Lenovo A6000 will be available through Flipkart at 2pm at Rs 6999.