Microsoft is not planning to launch any low-cost Lumia phones running Windows 10 in India anytime soon, as the company has decided to focus on re-branding itself. It’s going to launch new generation smartphones first in order to take on major manufacturers.

This information comes via Steve Guggenheimer, the corporate vice president of Microsoft’s Developer eXperience & Evangelism (DX) group. According to him, the tech giant is taking a step-by-step approach to re-build itself in order to start off high. It will then expand the Lumia series into other price points over time. 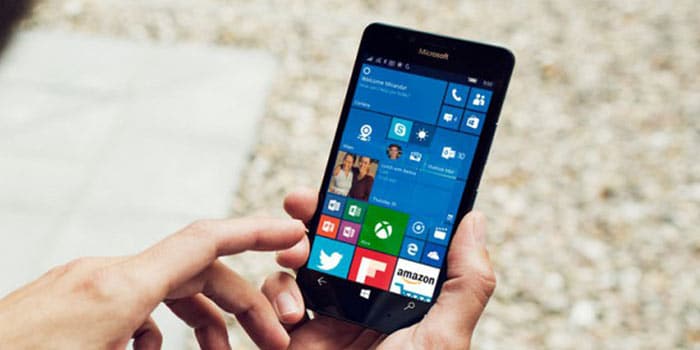 He doesn’t have a timeline for this process at the moment. Guggenheimer told IANS (via NDTV) that the Lumia lineup has so far ranged from the really low-end to medium to high. Surprisingly, he admitted that the brand is launching high-end phones so it can put a little dent in Apple’s dominance within the premium phone segment.

Guggenheimer claims Apple takes the maximum margin for handsets on a global scale. The situation is different in India, where Android devices ranging from Rs 6000 to Rs 10000 are prevalent in the market. He thinks Microsoft will be able to counter this in the future by releasing its next generation of smartphones.

One of the major reasons why consumers prefer Android smartphones is the lack of applications in the Windows Store. Guggenheimer said Microsoft is now trying to entice developers into making apps for the platform by adopting a universal app model which entails one tool for desktops, phones and PCs.

Guggenheimer’s comments probably mean the Microsoft Lumia 550 is not coming to India soon. The phone was launched a few days ago at $139 (roughly Rs 9333) and is being touted by the company as its cheapest 4G offering running Windows 10.