Hike Messenger claims it now sees over 1 billion messages being exchanged on its platform on a daily basis. It crossed the milestone in November 2015, a few months after it had launched version 4.0 of the app.

India-based Hike Messenger said it saw 20 billion messages being exchanged in a month within its 70 million user base back in August 2015. The number has now grown by 50% to 30 billion per month. Kavin Bharti Mittal, the company’s CEO, asserts the brand crossed the threshold a lot quicker than it expected and promises more features before the year is out. 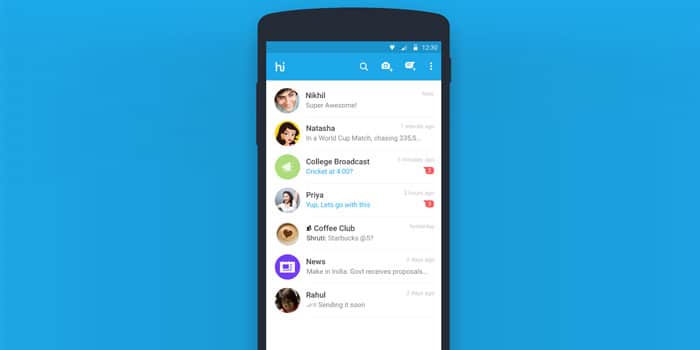 Back in October, Mittal said that Hike was posting growth numbers as high as 100%. He also intends to monetize the application within the coming year. Version 4.0 of the tool attempted to make the app more accessible to those with spotty data connectivity and low-end smartphones. It also brought support for free group calls for up to 100 people.

Also making its debut was a new feature dubbed Hike Direct, which allows people within 100m of each other to send messages, photos, videos and files without any internet connection. It employs Wi-Fi Direct technology to make this possible, with the firm promising speeds of 40Mbps and a download time of 10 seconds for 100MB of data.

Hike also added over 5000 emoticons in 30 local Indian languages and a sticker suggestion ability. The application has further allowed its users to send 100MB files through 4G and Wi-Fi networks, with support for Zips, PDFs and APKs. There’s also a bite-sized news bulletin service which delivers information within 100 characters.

You can download Hike Messenger via the Google Play Store, Windows Store or iTunes.