The Microsoft Nokia Lumia 950 and Lumia 950 XL have arrived in India and will be sold online exclusively through Amazon starting from December 11, with pre-orders starting from November 30. The handsets will also be available via offline retailers like Reliance Digital and Croma.

The tech giant is offering a free Display Dock worth Rs 5999 for people who pre-order the Microsoft Nokia Lumia 950 and Lumia 950 XL. The gadget allows users to connect their phone to an external monitor, keyboard and mouse; essentially transforming the smartphone into a portable Windows 10 computer. It comes with an HDMI slot, a DisplayPort, 3 USB ports and a USB Type-C slot. 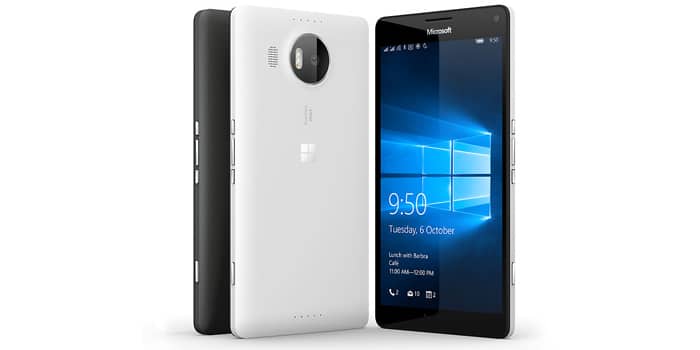 The Nokia Lumia 950 and 950 XL will set people back by Rs 43699 and Rs 49399, respectively. The flagship handsets are the first offerings by Microsoft to run Windows 10 out-of-the-box. The devices come with features such as Windows Hello, which uses an infrared camera to unlock the device, and fast charging to reach 50% of power after 30 minutes.

A quick look at the main specifications of the Microsoft Lumia 950 XL: