The Motorola Moto X Force is coming to India soon, the brand having confirmed its imminent arrival in the country at a press event in New Delhi. The handset was launched globally in October and goes by the name the Droid Turbo 2 in the US.

A press release at the time confirmed the Motorola Moto X Force would be unveiled in APAC (Asia-Pacific), Latin America, and EMEA (Europe, Middle East and Africa) regions in November. Amit Boni, the company’s India head, has now gone ahead and officially stated the device will be debuting here but did not mention a specific date. 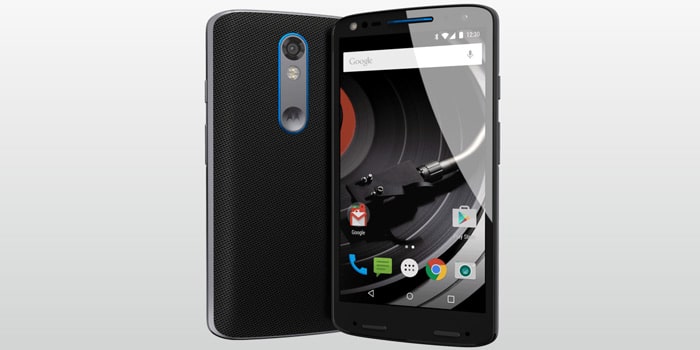 The Lenovo-Motorola press event also revealed the manufacturer is bringing its much-delayed Moto Maker customization service to India. Again, there’s no guaranteed date for the initiative as the brand is facing problems related to logistics. Coming to the potential cost of the Moto X Force, the phone is priced at £449 (roughly Rs 45366) for the 32GB version and £534 (nearly Rs 53954) for the 64GB one.

The flagship Motorola smartphone comes with ShatterShield technology which apparently ensures the handset won’t crack or shatter. It’s been equipped with 5 layers designed to absorb shock namely an exterior and interior protective lens, a dual touch layer, an AMOLED display, and an aluminum frame. The device further comes with a 4-year screen warranty.

Specifications of the Motorola Moto X Force at a glance:

We’ll keep you posted when the Motorola Moto X Force lands in India.